We Want to Hear From You

Some text about how to submit feedback 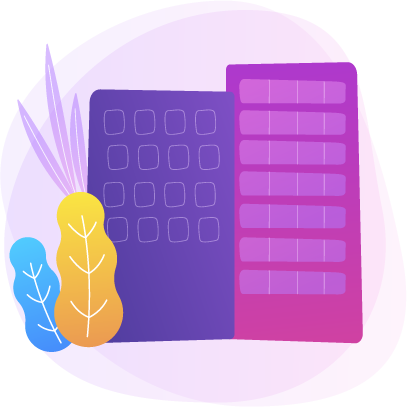 In August 2020, the BC government issued a Special Direction to the BCUC, as Administrator of the Fuel Price Transparency Act (FPT Act), requiring retail dealers of reportable fuels to submit data to the BCUC as part of a retail data collection pilot (Retail Pilot). From November 2020 to November 2021, the BCUC collected data from a group of retail dealers across British Columbia (BC).


Final Report on the Retail Pilot

On March 31, 2022, the BCUC issued its Final Report summarizing the results of the Retail Pilot and providing recommendations to the Minister of Energy, Mines and Low Carbon Innovation. The report may be used to develop regulations for fuel retailers, such as continuing data collection for the retail fuel industry in BC.

In developing the Final Report, the BCUC considered feedback provided by the public, retail and wholesale industry, and Retail Pilot participants through public workshops, an online survey, written letters of comment, and phone interviews.

The Final Report contains confidential information, which has the potential to harm Responsible Persons and the competitiveness of the fuel market. The BCUC has provided a Supplementary Report to share its final recommendations and engagement process with the public.

Draft Report on the Retail Pilot

From December 15, 2021 to January 17, 2022, the BCUC asked British Columbians to share their experiences purchasing fuel from retail gas stations in BC, provide feedback on the fuel data they want industry to disclose, and determine what data would be helpful for the public to access through an online survey.

The BCUC used the results of this survey to inform its Retail Pilot Draft Report which was released for public review and feedback on February 4, 2022. The Draft Report feedback process included three staff-led workshops, letters of comment and a public survey. Thank you to everyone who submitted their feedback on our Draft Report.

Public Engagement on the Draft Report

BCUC staff hosted online public workshops on the dates below to provide more information about our Draft Report. The workshops were open to the public and slides from the presentation are available here.

In addition, the BCUC gathered Letters of Comment from the public from February 4, 2022 to February 28, 2022, which are posted on the proceeding page for the Retail Pilot.

The BCUC selected 87 retail dealers in BC to participate in the Retail Pilot. Over 12 months, the BCUC collected data from these retail dealers that included pump services, site amenities, types of fuel sold, and ownership designation, among other items.

The BCUC selected these retail dealers based on a Retail Pilot Methodology which which was developed in consultation with BC retail dealers. The methodology outlines our technique for selecting a group of sample retailers, the process for developing the same sample group over time; and data reporting requirements as required by the Special Direction.

Those selected represent a sample of retail fuel operations across BC, which included retail dealers that were:

The Retail Pilot Methodology and reporting guidelines were developed with the input of BC retail dealers. The BCUC hosted three online information sessions to walk through drafts of the reporting guidelines and retail pilot sampling methodology. A copy of the presentation from these sessions is available here.

All retail dealers were invited to provide written comments on the documents. Written comments informed the selection method and assisted the BCUC in establishing the final reporting guidelines.